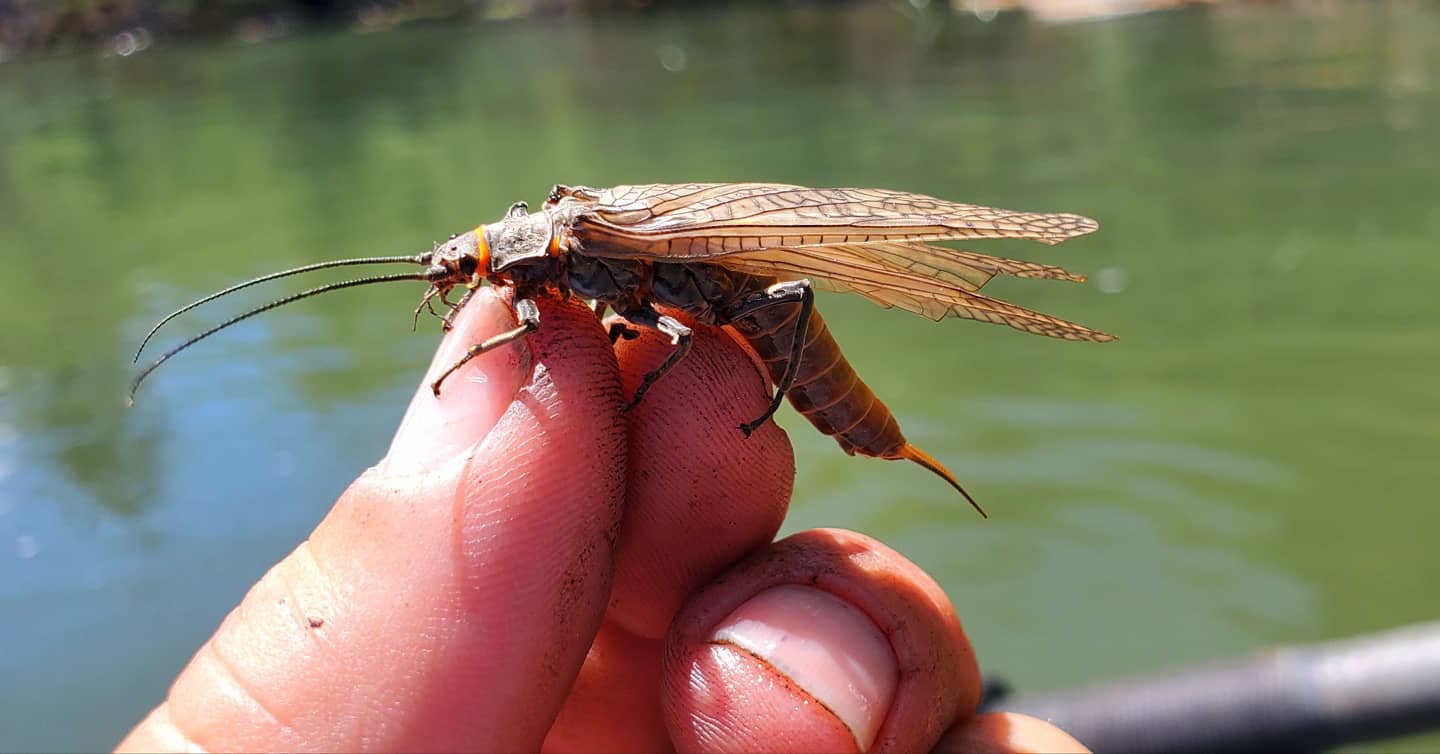 It is that time again folks. One of the biggest stone flies in Northern California are crawling out of Klamath river and hatching along the banks.

It is Salmon fly time and the fish are feasting on them. Every fish my guys caught and released this weekend had bellies that were stuffed full. The Klamath Steelhead and Trout are solely focused on this big meal. Golden stones are also on the hatch and they about half the size of the salmon fly and providing a meal for all the fish in the river as well.

What does all this bug activity mean? It means you need to throw a bait that resembles what they are focused on right now. Most of the fish are feasting sub surface and this is because we are in the early stages of the hatch. Many of the flies wings are not fully developed yet. Yesterday, in the later part of the afternoon we did see an good amount of Salmon fly activity and flying around the river.

Once most of the bugs have crawled out the river the fish will begin to look upward for their meals. This will be the time to catch them on a dry. They are many salmon fly patterns to choose from I personally have used stimulators they have always worked well for me.

Rubber legged stones under the indicator the indicator is a real good choice for catching the fish right now. Side drifting these these bugs on conventional gear is also an great way to get hooked up as well as back bouncing. No matter your method of gear choice your bait on should be a stone fly flavor that is what they want.

The weather is fantastic. The mornings have been cool,  then warming up to low 80 in the afternoon. Fish size right now has been between 8 and 20 inches with most being 10 to 15 inch fat football sized. These guy put up quite a battle.