Tons of Trout Action & Bass may be Beginning to Bed 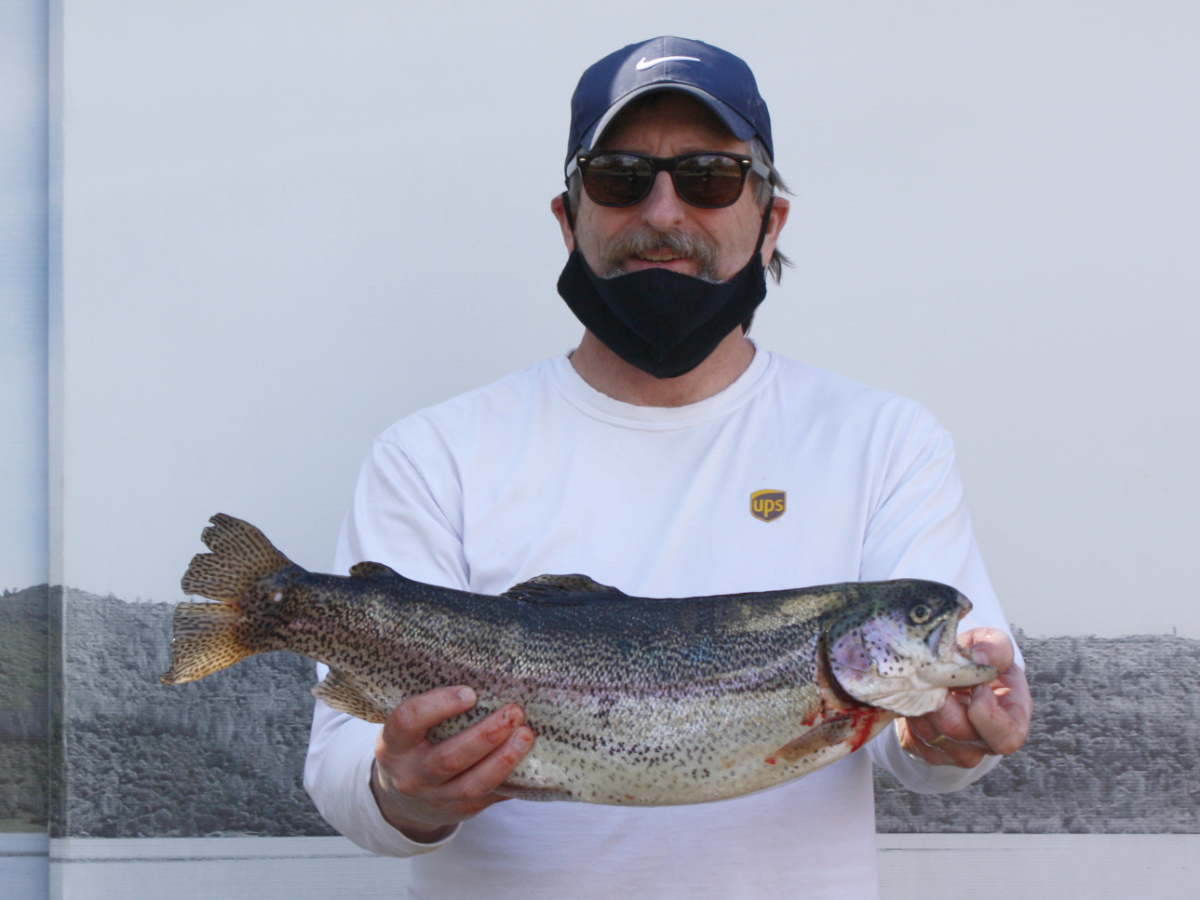 Tons of Trout Action & Bass may be Beginning to Bed

The warm weather, slow winds and low lake level have propagated a sudden surge in surface temperature which has pushed trout deeper. While 59F at the surface isn’t exactly bathwater, it’s a leap of 8 degrees in just two weeks.

David & (a different) Wyatt used a wide smattering of baits and lures including nightcrawlers, maglips & grubs and fished all over the lake to bring in a double limit. If you’re not having luck otherwise, find a friend named Wyatt:

The dog, Remi took interest but didn’t end up casting a line. There’s plenty on the brag board so I’d guess she’ll still partake at dinner time. David, Cooper & Shannon caught a freezer-full as did Ariel, Tyler & Bailey:

There are far too many limits to feature them all, and quite a few lunkers you can see on our Facebook but before we move on here’s a couple more from the last few days:

On the left we have Lucy who was trolling a Kastmaster when she hooked a fighter weighing in at nearly 5 pounds! On the right Mike White caught this wide jawed 6 1/2 pound rainbow on a Firetiger Rapala.

All of this to say: If you are used to waiting until the end of April for the bass bite, don’t!

The fact that Jayson caught a run of four says that in some places on the lake, bass are already starting their pre-spawn feeding.

The fact that we’re seeing bass caught by folks fishing for trout says that they’re ravenous.

The fact that there’s warm temperatures early in the year appear to mean an unusually early start to the spring bass season.

Good luck out there!